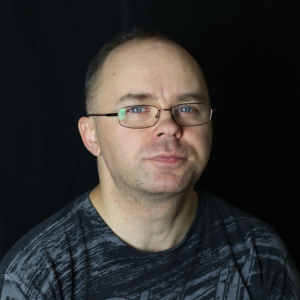 Murphy’s Law (and its extensions) for the public speaker

The usual situation when giving a speech is this – the closer you get to starting, the harder your heart beats. Breathing becomes more and more difficult, and it feels as if someone is sitting on your chest. The only clear thought hammering in your head is, “But what happens if I fail?”

Are you familiar with this situation? If yes, I have an encouraging message for you – there is nothing wrong with you. In today’s story, the Bible of all Failures (i.e. Murphy’s Law) explains how to deal with the fear of speaking.

General Murphy’s Law (and extensions) for the public speaker

“Anything that can go wrong, will go wrong.”

Murphy’s Law, in the context of performance, is primarily treated by your head, which, before performing, tries to make it clear to itself from the outset that “something is going to go wrong anyway.”

Particularly panicked types may also apply Gattuso’s extension to this law, which says, “Nothing is ever so bad that it can’t get worse.”

If you set yourself up for failure, why should you perform well? So, take it easy and focus on the next law, below.

“No matter what goes wrong, it looks pretty good on the outside.”

In most cases, things are in a much better position than you think. It is usually only you who knows that you are stuttering or doing weird things on the stage. Honestly, most listeners don’t even realize that you are afraid, and your hands are shaking so much that you don’t dare to take a sip from the glass of water on the table (because you’re afraid to shake a few drops off).

If you make some obvious mistakes, make a little joke at your own expense and people will forgive you. And, in general, it is totally OK to have small problems during your speech. It’s your job not to over-dramatize or pay much attention to them.

“Everything works better when you turn it on.”

Have you come across those who want to show videos during a presentation but can’t? The speakers won’t work, the video won’t open, etc. Or the Great Leader and Spiritual Guru (a.k.a the guy who is going to give the speech) will arrive with their USB stick, which for some reason won’t open on this computer…

Well, most of these problems can be avoided. Prepare thoroughly and arrive at the venue earlier. If you arrive early, you can arrange everything to work as needed and, if necessary, turn on the speakers.

“The length of a minute depends on which side of the bathroom door you are on.“

Anyone with any public speaking experience knows the feeling that, at some point during the speech, there is emptiness in your head, and the only clear question in your mind is, “What did I have to talk about?”

Or, it happens that something goes out for a while, you lose track and you feel that this “small pause” has lasted for hours. Next, we start to confuse the listeners with filler words, like “um,” “errrr,” “ahh,” and thus provide a clear message that, “Something is wrong over here.”

The next time this happens to you, remember that the pause in your head usually lasts for hours, but, in actuality, it is only a few seconds long. So, it’s not worth randomly filling these moments with filler words. Therefore:

“It is impossible to make anything foolproof because fools are so ingenious.”

“Oh, maybe they’re going to ask me a question that I can’t answer” is a thought that hurts many public speakers before a speech. BUT: should you be able to answer all the questions anyway? Is anyone capable of answering all the questions?

Sometimes, it happens that someone in the audience can answer the question. If no one can, promise to find out and get back to it later. NB! You definitely have to keep that promise.

“To make a mistake is human, but to blame it on someone else, that’s even more human.“

You go home and you know something went wrong during your speech. How to deal with it? Blame others, of course! The organizers were stupid – 40 people attended, but the room was suitable for only 20, or The audience was stupid because they didn’t understand this difficult gibberish about space technology. Failure should not be something that leads to stress – failure is something you can learn from first and foremost. After a poor performance, think about what you can do better in the future.

Example: Beforehand, analyze your audience and then target your speech to them. If your audience does not know anything about space technology, it might be wise to communicate the information in a way that you would speak to your friends.

This way, the audience listens to what is being said, and what is especially awesome – the listeners will also understand.

“Whatever happens to you, this has already happened to all your other acquaintances in the past…and even worse.“

You can always learn from other people’s mistakes. Always observe what other people so during their speeches, and if you see a really bad presentation, think about how you can avoid these mistakes as you prepare your speech.

However, sometimes you will see really good performances. In cases like this, don’t just think, “Oh, that was awesome!” Figure out what this speaker did to make you think so. And now think about how you can use the same tricks in your own performance.

“Fear the day when you have nothing to whine about.”

Sometimes, stage fright is actually good; namely, be afraid of the day when you are going to perform and you are not afraid. If you go up on a stage without the slightest hint of fear, usually this means you don’t care about how your performance. And in that case, you should actually stay home.

A lot of people who have attended my public speaking courses say, “Actually, this little fear is good and motivating, and it kind of triggers me.”

Exactly. Every time I perform, I feel this scratching feeling inside, and, from time to time, I think, “Why the hell am I doing this?” But I know it’s normal, and I also know it goes away in the first few minutes because:

“The man who smiles when things go wrong has thought of someone to blame it on.“

Everything you do when you perform will come back to you like a boomerang. If you show, with your whole attitude, that you feel uncomfortable and don’t want to be in front of an audience, then a legitimate question arises – why would an audience want to listen to you?

However, if you look confident and smile, even when you feel don’t feel good, most people will not realize that something is wrong. They will behave as softly as you do. If you make a mess here or there, make a joke at your own expense, and you will see how positively your listeners respond to that.

“If something goes wrong, it goes.”

John Maxwell said, “You are only an attitude away from success.” The main reason for failing lies on your shoulders; thus, what makes you fail is in your head, which makes things look worse than they really are.

So, I suggest you stop thinking about “What if I fail?” and focus on what benefits you can offer to your audience. You are not the most important person in the room – the listeners are the most important ones. Focus on them as you would on a friend. This also shifts the focus of your performance fear away from you.

And in general, why should you fail if you have prepared well?

“If all else fails, read the instructions.”

Although using notes during your speech is a good thing, somehow notes are clearly underused by many. There are lots of people who think, “I have to memorize everything, and, at the same time, I should – at all costs – avoid keeping any notes in my hand.” It’s all total crap!

Make proper notes and practice using them. Even if you don’t use them throughout your speech, you’ll still have them if you need them. And if you’re worried about what to do with your hands, holding notes is a perfect way to control them.

“Don’t worry about what other people think of you. They’re too busy worrying about what you think of them.”

There are a whole bunch of people who are afraid to speak in front of people because the thought, “What do they think of me?” kills them. But, as Murphy’s Law says, the same concern is in the minds of your listeners. [2]You ask, “Do you have any questions?” and they think, “Emmm… I would ask, but maybe it’s such a basic or stupid question… What will they think of me?”

You can’t control what the audience thinks of you. However, with good preparation, you can control how they feel or think about your performance. And that’s important!

You may be the nicest and most benevolent person in the world, but if you make a very poor presentation, people will be disappointed. However, you may not be a very good person, but if the performance is well prepared and performed, people will recognize it.

To wrap up Murphy’s Law for public speakers

There is another saying – “It is human to err – it is even more human to blame others for their mistakes.” It happens that sometimes we all fail. But if this happens, go home and analyze what went wrong so that next time you do better.

However, it is also certain that as long as you don’t feel more positive about public speaking, there will no progress in what you can accomplish on the stage.

The fear of public speaking is like many things in this world that you just have to learn to live with. Good performers can do it, but poor ones let themselves be affected every time they do.

Fear of appearance is, by nature, largely a fear of imagination. In our heads, things are always bigger and more complicated than they really are. One important thing to keep in mind when performing is the fact that most listeners don’t want you to fail. If you’re doing bad, they’re wasting their time. So – the performance will be just as good as you think of it in your head.

NB! O’Toole’s comment on Murphy’s Law: “Murphy was an optimist.” ;)

Here’s the thing about public speaking: it’s one of the few things in life where you can be 13 years old or you can be

How to Give a Eulogy and Deliver It Like A Pro? 8 Great Tips

Someone significant in your life has passed and it is now time to deliver a eulogy. The responsibility is on your shoulders. Of course, it’s

The fear of public speaking is one of the most common fears in people, so let us have a look at how to overcome the

Send me an e-mail: info@speakandconquer.com